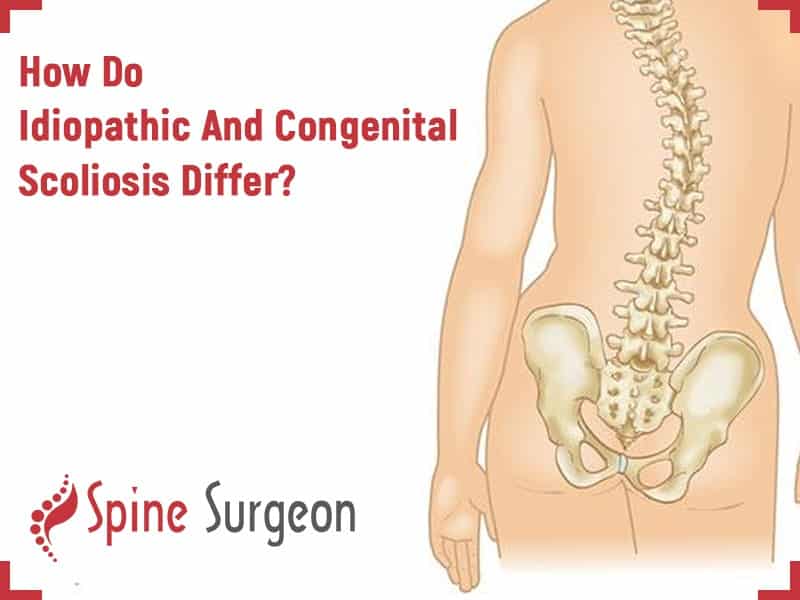 How Do Idiopathic And Congenital Scoliosis Differ?

According to studies conducted by orthopaedic experts, millions of people are suffering from different types of scoliosis all over the world. Scoliosis is characterized by an abnormal curve of the spine to sideways that looks like an “S” or a “C,” shaped. Scoliosis is of different forms which are classified by cause and age, degree of the curve, mechanism and speed of the progression plays a significant role in determining the specific form of scoliosis.

However, medical technology is advancing day by day and Dr Surya Prakash, an experienced spine surgeon in Hyderabad can provide treatment for scoliosis of any type and any severity.

Different Types Of Scoliosis
Scoliosis can affect people of any age from infants to adults but the curvature of the spine varies greatly. There are different forms of scoliosis ranging from mild to severe forms of scoliosis. 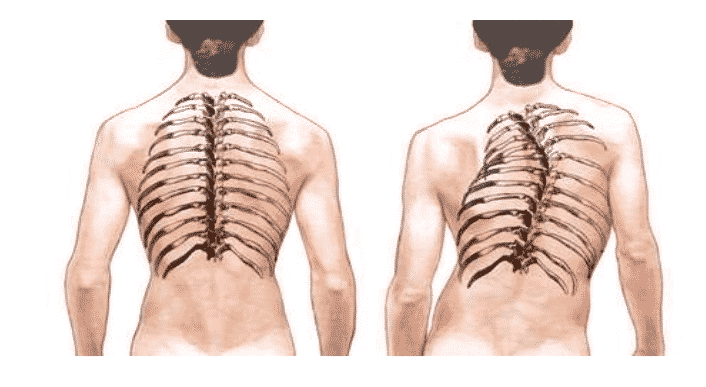 What Is Congenital Scoliosis?
Congenital scoliosis is a rare type of condition and may affect 1 in every 10,000 newborns. It mostly happens due to spinal abnormalities that develop when a child is in the mother’s womb, i.e., sometimes spinal bones might not form completely, or one or more bones might be missing in the spine, or vertebral bones get fused. Even though congenital scoliosis is present at the time of birth, it goes undetected until the child is a teen.

These are secondary to failure of formation and or failure of segmentation during the intrauterine development. Sometimes it can due to mixed anomalies. Vertebral defects in case of congenital scoliosis include hemivertebrae, butterfly vertebrae, wedge vertebra, and the unsegmented bars. Vertebral malformations in case congenital scoliosis might commonly happen due to genetic syndromes like Alagille syndrome, spondylocostal dysostosis or Jarcho-Levin syndrome(JLS).

Researchers say that genetic and environmental factors can also influence spinal development which might result in abnormalities associated with congenital scoliosis (CS) and idiopathic scoliosis (IS). 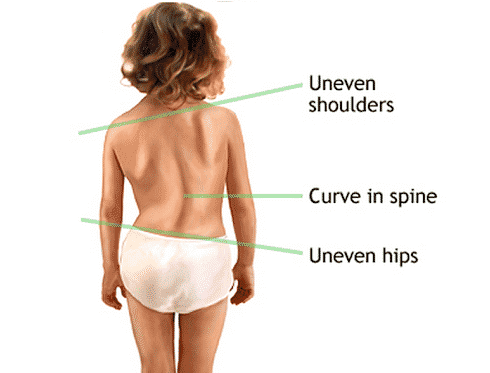 Observation: Usually, observation is the first line of treatment for children with a spinal deformity. In some children, the curvature of their spine might be stable and unchanging, whereas other children will have a curve that relentlessly progresses. A spine surgeon observing your child doesn’t mean the condition is being treated. The spine surgeon observes your child and evaluates the progression of the curvature. In some cases, the spine might be stable and unchanging which may require no surgery, whereas in other cases, the curve progresses relentlessly.

Surgical Treatment
Typically surgical treatment is suggested for children with more severe conditions such as the severity of the curve, large spinal deformities, neurological problems, and worsening the condition with time. Depending on the number of growth plates available on the convex side Progression is sometimes very predictable. The treatment including surgery in congenital scoliosis needs to be done even at a very early age. Growth rods, Insitu fusions, Biconvex fusions, hemivertebrae resections are done at a very early age.

Congenital scoliosis with associated kyphosis is far more serious and needs more attention and early intervention. The surgery is performed in a way to allow the spine and other parts to grow as much as they can. The treatment options include: 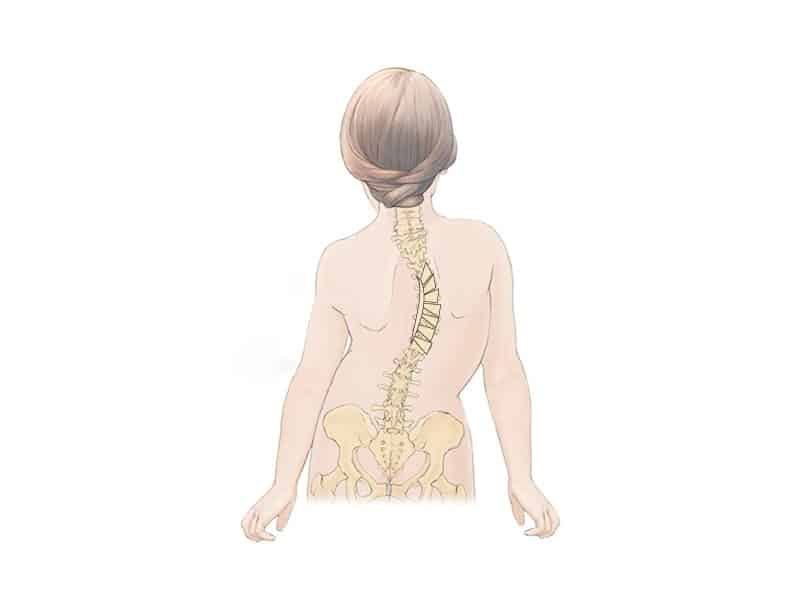 Growing Rod: Growth rods is an innovative procedure in which the inserted rods in the body can be lengthened according to your child’s growth with minor surgery for every 6 to 8 months until your child is fully grown. Growing rods can correct the spinal curvature and also allows other parts to continue growth. Once your child has grown, a permanent procedure called spinal fusion is performed.

Spinal Fusion: This is a procedure where the vertebrae of your child are fused together into a single bone so that it prevents further extension of the spinal curve.

Hemi Vertebra Resection: In this procedure, some vertebra parts in the spine will be removed and some vertebrae are fused together often with instrumentation depending on the child’s condition.

Usually, children recover quickly after surgery. However, depending on the condition, your child might be suggested wearing a cast or brace for 3 to 4 months.

How Does The Management Protocols Differ?
The major factors that are considered while treating idiopathic or congenital scoliosis are age and severity of the curve. The management protocols to treat the spinal curvature are different in children compared to adolescents. Congenital scoliosis is mostly a birth defect, so children with this condition are kept under observation for some months. Some children may not require surgery, and some might require surgical correction, which is a long process.

But idiopathic scoliosis is mostly observed in children during puberty, during a major growth spurt. Small congenital scoliosis may come to light during growth spurt. The management protocols are also different in which children with mild idiopathic scoliosis, i.e., under 25 degrees are kept under observation to make sure that the curvature doesn’t get worse. In case of moderate scoliosis, i.e., the curve between 25 to 40 degrees, are typically managed with bracing. But if children with severe scoliosis, i.e., curve more than 40 degrees, is corrected surgically with spinal fusion. Many times curves are managed till the child reaches maturity in idiopathic variety but not the congenital scoliosis

Conclusion
Congenital scoliosis diagnosed at an early age becomes challenging for the spine surgeons to treat. The curves might be large, progressive and children also have so much growth ahead in future. And hence these conditions need to be thoroughly evaluated and appropriately managed. To know more about scoliosis and effective treatment options consult Dr. Surya Prakash, a renowned spine surgeon in Hyderabad.